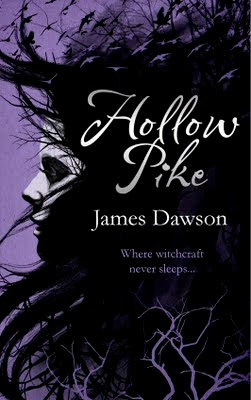 The best description I can think of for this debut teen thriller is a blend of the movies Mean Girls and The Craft – but missing most of the ‘craft’ element….

There’s the towns mysterious witchcraft laden history that creates Hollow Pike’s very own brand of ghost stories (mostly used to scare children out of going into the forest or ‘pike’) but it doesn’t really amalgamate into magic wielding teens as I thought it inevitably would. Instead the focus is more on the age old topis of bullying and the ‘mean girls’ taking over the school and a strong theme of embracing your individuality and not judging people by the way they look or dress or whether they are part of the ‘in crowd’ because as long as your happy with the choices you make and the people you call friends then that’s all that matters.

The drama, characters and romance are all fantastically solid but a little more ‘parra’ and a little less ‘normal’ would have been welcome especially with such a striking witchy jacket!
Posted by Amber Petith at 5:00 pm
Email ThisBlogThis!Share to TwitterShare to FacebookShare to Pinterest
Labels: Hollow Pike, James Dawson