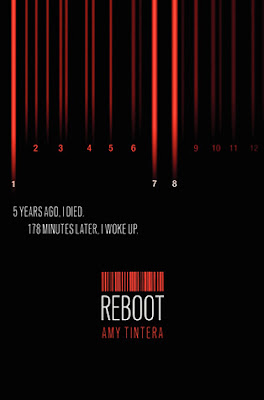 Gritty, exciting and a little bit morbid (just the way I like them!). Wren Connolly died at age 12 from bullet wounds to the chest, for most that would be a permanent end, in this post apocalyptic Texas however there is life after death as a Reboot, basically after dying a lucky percentage of the population reanimate and depending on how quickly you do so determines the amount of humanity you retain - for example, someone who reboots at say 45 minutes will have far more emotion than someone rebooting at 120 minutes however the 120 will be faster, stronger and have better healing capabilities…

Our protagonist is a rare breed even among reboots, Wren178 has a dry sense of humour (if any) and near complete lack of empathy that is as refreshing as it is entertaining. As soon as someone reboots they are taken into the custody of the government where they are sent to facilities to be trained as soldiers but treated like slaves - if they step out of line they are eliminated, simple as that.

Having had a hard existence as a human, being practically a slave has its perks for Wren - a roof over her head, four square meals a day…until something starts going wrong with her roommate and only real friend, Ever56. They are using the lower numbers as lab rats and the result is terrifying. From here everything starts to change for Wren as she also takes on a newbie to train - someone she never would normally have chosen and the lowest number through HARC in a long time, only 22!- is she getting in touch with her humanity… and if so where will it lead her? 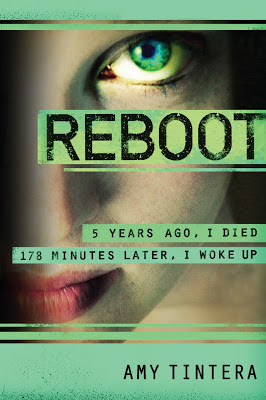 This is the Australian cover - keep a look out for it as it hit the shelves this week!!!
Posted by Amber Petith at 6:34 pm
Email ThisBlogThis!Share to TwitterShare to FacebookShare to Pinterest
Labels: Amy Tintera, Dystopian, Reboot, YA