In this trans-dimensional magical thriller we see a version of what could have been, had the witches of Salem been fuelled by the very pyre's that consumed them. Crucibles made of human flesh that can turn the raw power of flame and the heat of combustion into energy…

The story begins in our ordinary version of Salem, Massachusetts where we are introduced to Lily Proctor, a sweet 16 year old plagued by allergies to pretty much anything and everything. She is also in love with her best friend Tristan who sadly, happens to be the town bike (to put it bluntly). We round off Lily's entourage with a beautiful and caring sister Juliet who is mostly away at college, a mentally unstable Mum and finally a Dad who decided it was all too much and has for all intents and purposes run away. The best thing about Lily's character? She's a fighter, she's constantly and terribly sick and her home life is far from perfect but she never complains or chucks in the towel and this strength of spirit is what propels her through everything to come. After a disastrous night out Lily hits an all time low and is faced with a choice that seems to be too good to be true - an escape from the place and people that have hurt her. What she thinks is just her subconscious tempting her to leave everything behind turns out to be her powerful doppleganger who drags her unknowingly to another plane, a world where witchcraft rules and she is their Queen. This Queen who seems so much like her hides a dark secret, pushing her to root out every source of science in her Kingdoms resulting in the deaths of so many seemingly innocent people - is what she's doing for a greater good or has she become dangerously delusional?

Combining beautifully clever magic and the dawn of the nuclear age this tale has it all, action, suspense, lust and even a little romance…beware the massive cliffhanger ending though because like me you will end up practically salivating with the need to know what happens next! Sadly it's still a month off being published here but worry not! I have just read on Josephine's Blog (check it out here its pretty epic) that her rough draft for book 2 Trail of Tears has been finalised…

I'm opening up the voting lines…which cover do you like most? And which will we be getting?? 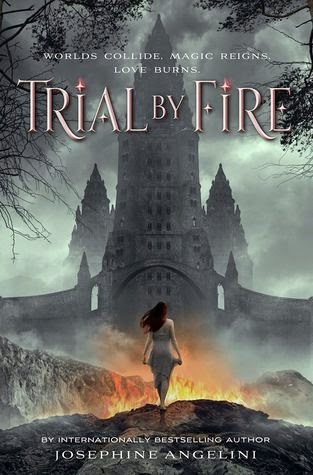 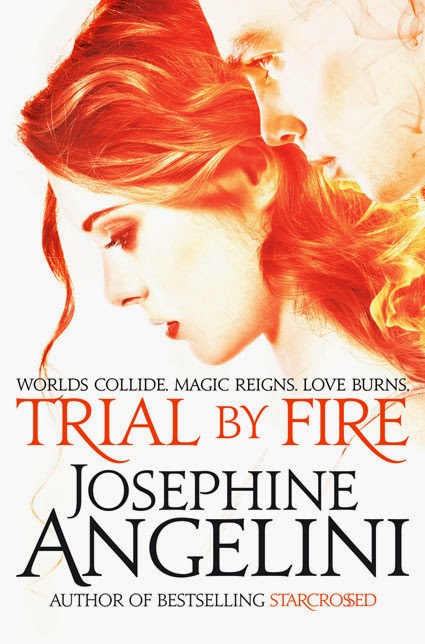 Posted by Amber Petith at 2:03 pm No comments:
Email ThisBlogThis!Share to TwitterShare to FacebookShare to Pinterest
Labels: Josephine Angelini, magic, Trial by Fire, witches, YA

Vivian Apple and the End of Days

Vivian Versus the Apocalypse - Katie Coyle
Available Now - Book 2 Vivian V's America due out this month! 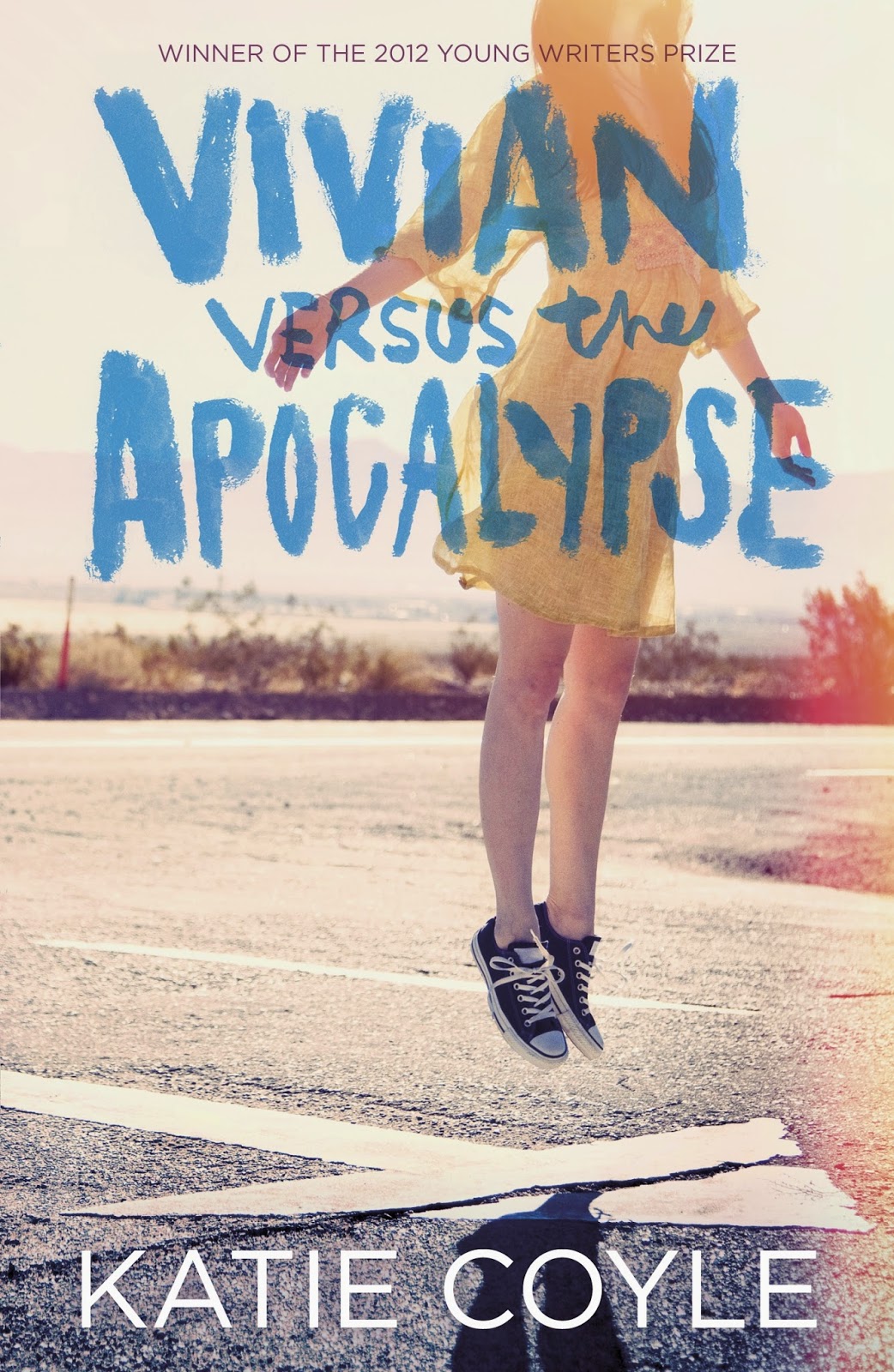 Vivian Apple is an ordinary teenager in an extraordinary time. The story is set in our present day America with a few marked differences, it has all of our times trade mark natural disasters but on steroids - earthquakes, floods and fires and social landslides with shootings and terrorists. The other difference is a new bastardised brand of Christianity known as the Church of Frick, combining the worst parts of religion like bigotry and tunnel vision with a consumer capitalist element that America does so well. The leader of the Church Beaton Frick has prophesied a Rapture for the true believers and six months later the Apocalypse for those who remain! 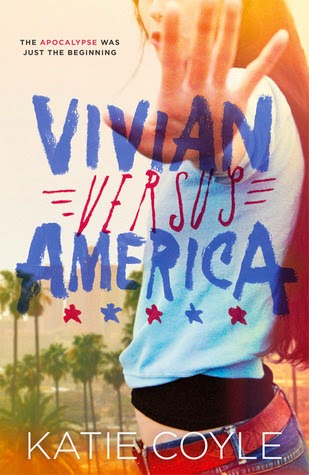 Our story begins on Raptures Night Eve, Vivian and her wild best friend Harp, both non believers who's parents have been swept up in the push to be the best believers they can be to assure their ascension to the Heavens - strangely the fact that their atheist children will remain behind doesn't seem to be a priority at all. To everyones shock and awe the Rapture actually happens, the remaining believers left behind are confused and distraught wondering why they weren't sucked up into God's good graces and looking to lay the blame on anyone else. Viv and Harp now find themselves all alone in a pre-apocalyptic count down as the country goes crazy anticipating the end of the world and having nothing else better to do they follow some very tenuous leads on a cross country road trip with a vague hope of finding their parents in the heart of the church.

They meet some great characters along the way and even join up with a hippie commune along the way and what they find at the end is the biggest surprise of all. This is a coming of age story like no other and Viv is going to discover the true meaning of family - they are who you choose them to be.
Posted by Unknown at 5:38 pm No comments:
Email ThisBlogThis!Share to TwitterShare to FacebookShare to Pinterest
Labels: Apocalypse, Katie Coyle, Rapture, Vivian Versus the Apocalypse, YA

You don't have to be GOOD to be PERFECT

The Perfectionists - Sara Shepard
Available - October 2014
Sara Shepard, the author of the bestselling series Pretty Little Liars, has written a new YA thriller series that's sure to grab some excitement. Guest Blogging today is my Cousin Jemmima, she's my go to girl for a second opinion and all reading related goss…heres what she thinks (keeping in mind I forgot to tell her it was a series, oops!) 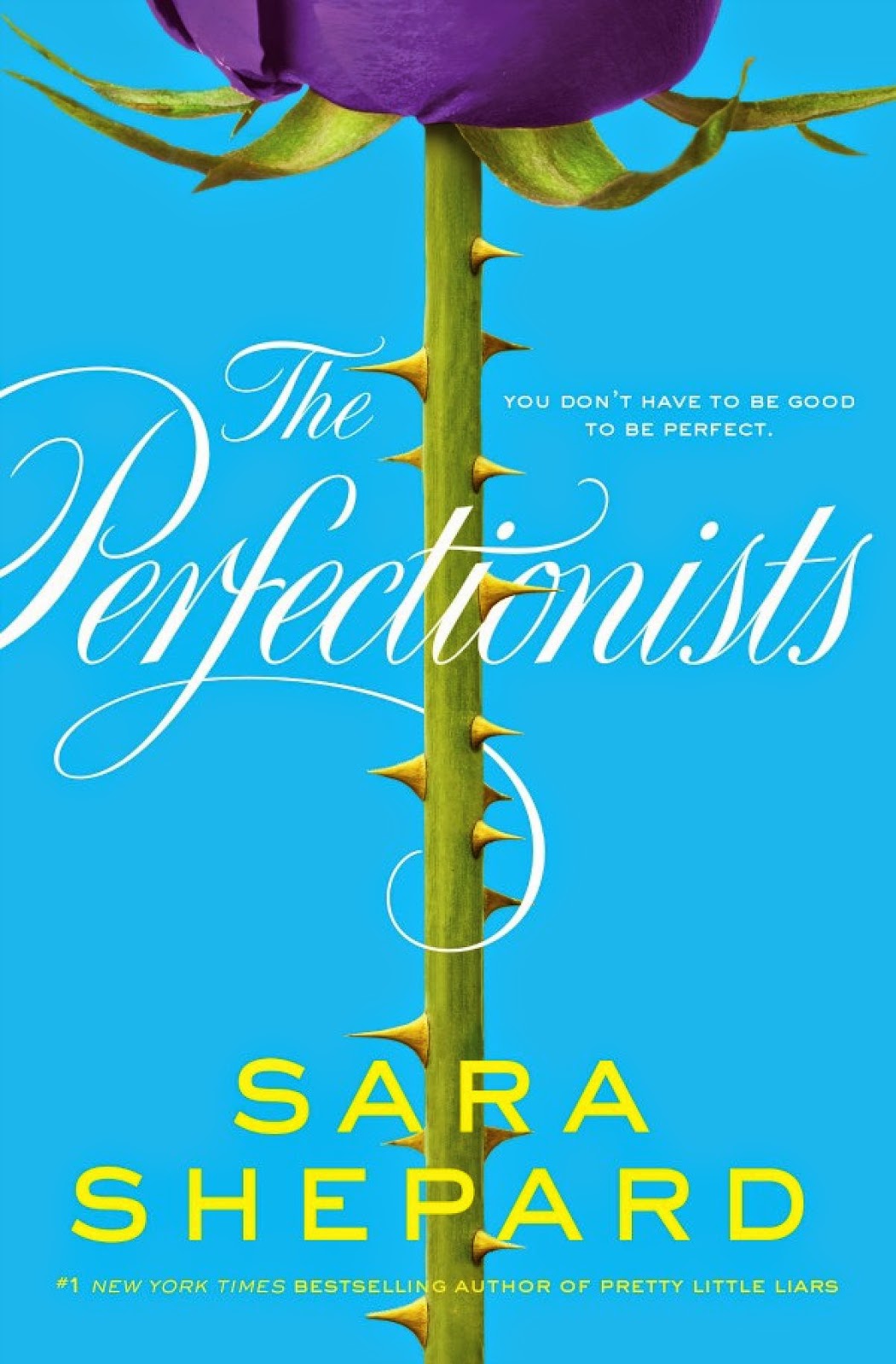 'The Perfectionists' is a new novel following five girls - Ava, Julie, Caitlin, Parker and Mackenzie - and their hate for the same rich, arrogant bully, Nolan Hotchkiss, who's put them all through hell. After being put together for a class assignment, the  girls discover their mutual hate for Nolan and talk about the ways that they would kill him. Of course they're only kidding, but then... Nolan turns up dead exactly how the girls would have done it. The girls realise they need to find Nolan's real killer - before they get charged for his murder themselves.
This is one of those intriguing YA books that makes you curious from the very beginning. It was interesting getting to know the girls via their back-stories - although at  first it was a little difficult trying to keep up with who was who. Overall the book was a great read that kept me hanging on wanting to know what was next, however there are a few parts that if not dealt with in a sequel, would have become completely useless and irrelevant. I like the idea of there being a sequel, just to be able to prolong the story a bit more. Another thought was that it's already quite similar to Pretty Little Liars, which I can deal with for two books but no more. I think it would be so disappointing if Shepard tries to drag this series on for too long without resolving any of the story lines just like PLL.
Well looks like it will be a sure hit with PLL fans and I have heard mention that it has already been scooped up for a TV adaptation! Lets just hope that Sara can pull off something that is still unique and exciting in its own right. Thanks Mima!
Posted by Unknown at 6:09 pm No comments:
Email ThisBlogThis!Share to TwitterShare to FacebookShare to Pinterest
Labels: Pretty little liars, Sara Shepard, The Perfectionists, thriller, YA
Newer Posts Older Posts Home
Subscribe to: Posts (Atom)