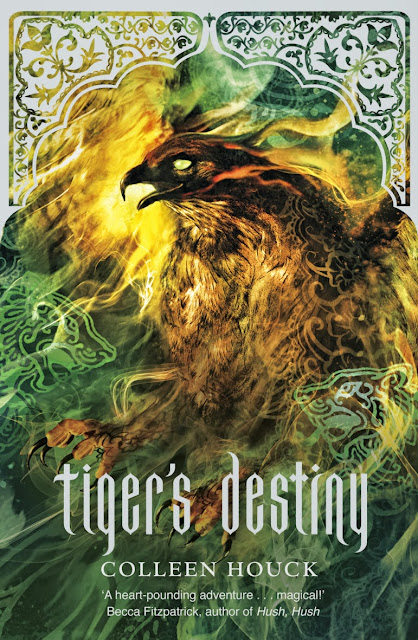 Posted by Amber Petith at 10:18 am No comments:
Email ThisBlogThis!Share to TwitterShare to FacebookShare to Pinterest
Labels: Colleen Houck, Tiger's Destiny, YA

Get ready for a revolution!

Whatever I expected when I picked this up, being yet another post apocalyptic/angsty teen romance/revolutionary dystopian thriller etc etc it certainly wasn't what I got - what I did find was an enjoyably layered story with interesting yet flawed characters, each with their own terrible back stories and strengths to suit. 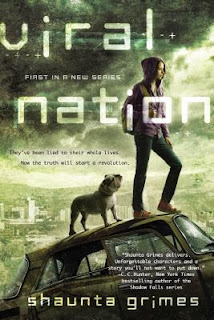 The opening prologue packs a massive punch and sets the scene perfectly - showing us a lovely young family on the brink of tragedy. After all of the worlds problems have come to a head the straw that breaks the camels back is a virus and it hits Reno the same week that our little family are welcoming a new addition. Chapter 1 and we have fast tracked 16 years into the future and to a society of survivors indebted to a daily suppressant inoculation and the company of Waverly and Stead who brought it to them. The population of America has been at least halved and each city has been walled in (for its own protection..) its enclosed inhabitants focused purely on getting by, shell shocked from loosing so many and so much.

An aspect I love about this book is the heroine - not your cookie cut out strong and silent type that doesn't care that she isn't the most gorgeous of them all yet turns out to be... no, Clover Donovan is a high functioning Autistic. To Clover this means she has trouble reading people or empathising with them, large crowds and noisy areas provide large levels of anxiety and when anxious (which is a lot of the time) she will rock, flutter her arms or in severe cases smack herself in the head. To help her focus she has a bulldog named Mango - a service dog who senses her tension and will lean on her, applying pressure to her legs that she needs to get her out of her head.

I found reading from Clover's perspective fascinating and her character unique. Her Autism plays a very particular role in the story and it makes me wonder if down the track a link between the 'suppressant' and Autism will be explored…there is so much going on throughout this novel, most of which I haven't even touched on for you and I'm very much looking forward to uncovering some mysteries in book 2!