Q&A with the Amazing Laini Taylor! 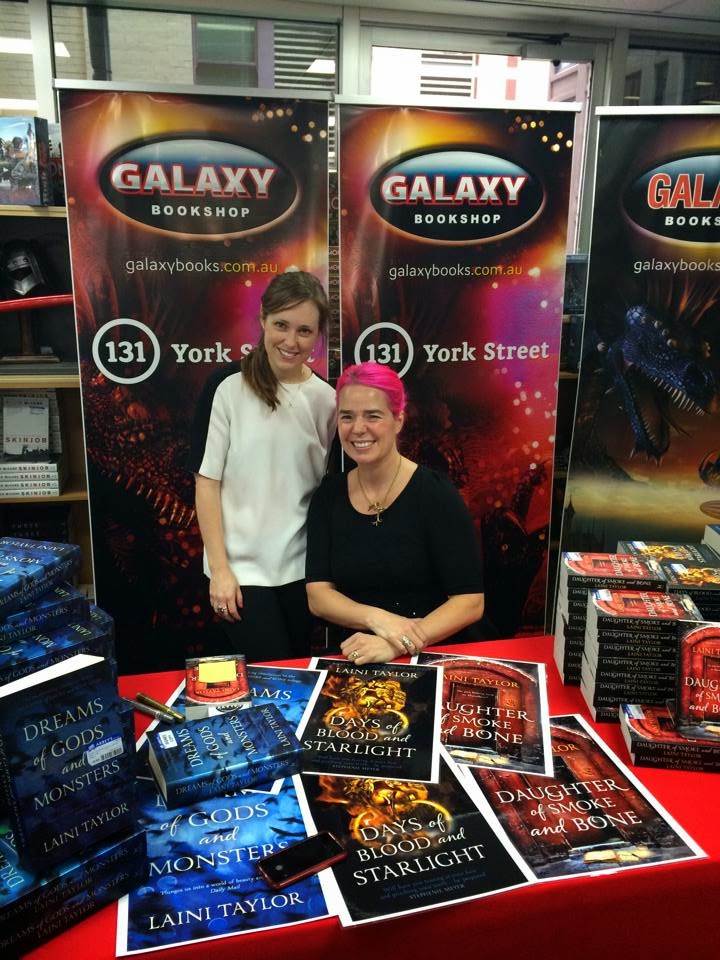 Today I have a different kind of Blog post for you… If you have skipped through my blog then you would very well know of my love for one author in particular, in fact, it was she who starred in my very first review ever! Her writing was so emotive that I just had to share my adoration with everyone. Who might it be you ask? The one and only author of the Daughter of Smoke and Bone trilogy - Laini Taylor!! Last week I was insanely lucky to actually meet her during her Australian Tour at my old store Galaxy Books and got the privileged task of interviewer where I could ask some of the burning questions that have plagued me since finishing the final in the stunning series Dreams of Gods and Monsters.

I have transcribed that interview for you below, here Laini tells what we can anticipate next and answers questions about the mythology of the series, giving plenty of her personal insight and inspirations. Please beware *spoiler alert* for those living under a rock that haven't already finished the series!

For more information on Laini's books please see my reviews here for Daughter of Smoke and Bone, Days of Blood and Starlight and Dreams of Gods and Monsters.

Interview with Laini Taylor Author of the Daughter of Smoke and Bone Trilogy.
Interviewed by Amber Gilchrist with Galaxy Books, Sydney 2/9/2014.
Posted by Unknown at 11:06 am
Email ThisBlogThis!Share to TwitterShare to FacebookShare to Pinterest
Labels: daughter of smoke and bone, Days of Blood and Starlight, Dreams of Gods and Monsters, interview, laini Taylor, YA