Take Back the Skies - Lucy Saxon 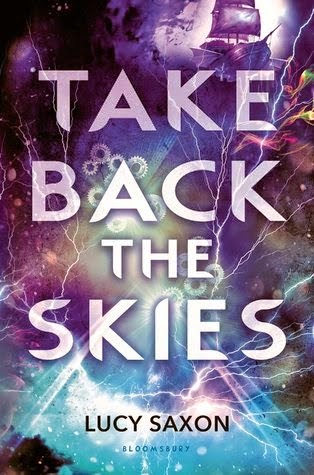 For Catherine Hunter growing up in the lap of luxury as daughter to one of the most influential men in Government has been a constant thorn in her side, forced to be compliant and dutiful while all around her people suffer. Children over the age of 13 are taken in 'collections' to fight in the endless war of the Empire, the poor are starved beyond breaking point and even the city itself is crumbling under the misery of it all. The final insult to Catherine is being betrothed, bartered off by her father like a prize cow, that is until she decides to take her fate into her own hands and herself out of the equation by stealing away on a small skyship disguised as a boy. On the Storm Dancer as Cat she finally feels at peace but this is merely the beginning of the tale.

While the pitch of the writing starts out quite young (say 14+) Lucy soon finds her feet and as her writing matures so does Cat as a character, all of a sudden there are gruesome revelations and heartbreaking consequences that you just don't see coming! The tale has plenty of excitement and has a rare quality making it accessible to both guys and girls, I have been told by a reliable source that Lucy has an entire series all mapped out and I'm looking forward to finding out what comes next! 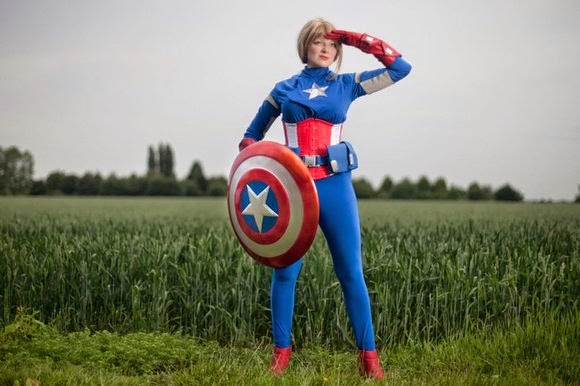 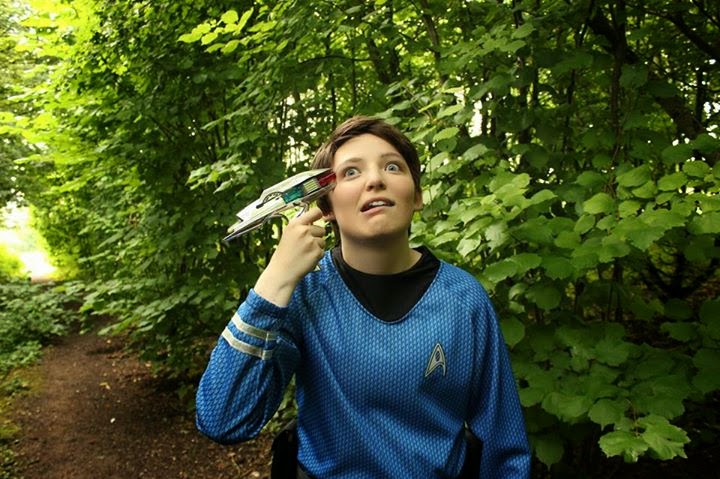 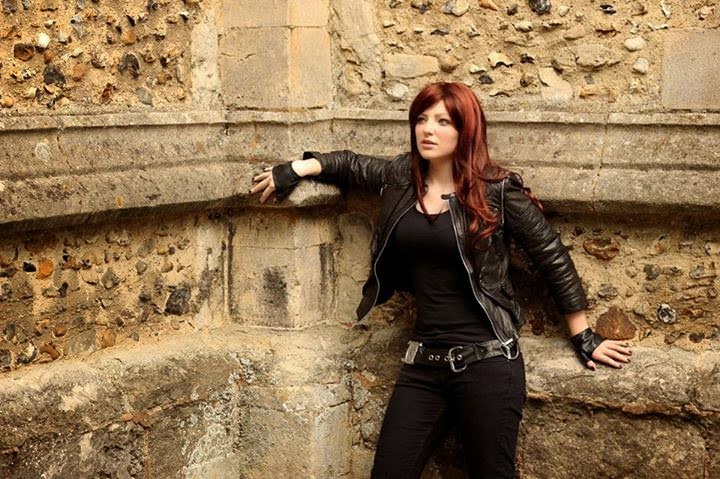 I am absolutely loving all things Lucy, the more I learn about this awesome chick the more I wanna be her bestie and while working at Galaxy Bookshop I was lucky enough to submit a Q&A to this amazing young Cosplaying author and I'm so happy to be able to post her responses, some of which you may find surprising *Beware spoiler alert*

What inspired you to write in the Steampunk genre?
The fact that there isn’t that much modern steampunk fiction out there. It’s an aesthetic I really love, and something I thought I could have a lot of fun exploring.

Do you ever base characters on people you know/have known?
Not intentionally! Traits of people probably slip in here and there, but I’ve never purposely written a character based on someone I know in real life

I found the Skyships and their Ports fascinating - how did you do your research on these? Or are they purely from your own imagination?
The skyships and all surrounding them are from my imagination! I didn’t want to go with the typical zeppelin-style airship, so I started imagining something a little different, and it all went from there.

How did you start out writing? Did you work your way up to a full novel with short stories or did the plot ideas come to you fully formed?
I actually started out with fanfiction; short fics that got progressively longer, and then I eventually started trading fanfiction for original fiction once I was confident in my ability to write a full novel-length piece.

Do you have any other stories in other worlds or genres in mind?
So many! I have a lot of other novels and series’ planned for the future, but they’re all within the sci-fi/fantasy genre. I can’t wait to write them!

Like all of us you must have authors you find inspiring and just Love, if you could co-write a novel with another author who would it be and why?
Oooh, that’s a hard one. I think co-writing with Sarah J Maas would be pretty great; I really love her writing style, and I think it would mesh pretty well with mine. I’d also love to write with John Green, but considering we’re two different genres I can’t think of what we’d write!

I don’t want to give away any spoilers but you drop a major bomb on us with that ending! Was it a tough decision to end it how you did? And what can we expect next for Cat??
It wasn’t too tough a decision; it was one of those things where I wrote to a certain point and then it hit me like ‘of course, it has to end that way’. I feel bad about it, of course, but some things are necessary! As for Cat’s future, it’s fairly set after the epilogue with exactly what that would imply. The second book isn’t actually about her, but a Siberene boy called Aleks. There will be mentions of Cat and what she’s up to, considering the position she’s now put herself in, but for the most part her adventuring days are over.

Thanks Lucy and keep them coming!

Posted by Amber Petith at 9:06 am
Email ThisBlogThis!Share to TwitterShare to FacebookShare to Pinterest
Labels: Lucy Saxon, steampunk, Take Back the Skies, YA